Dylan Scott A top Covid-19 vaccine trial is on hold after a patient had health problems. Good. 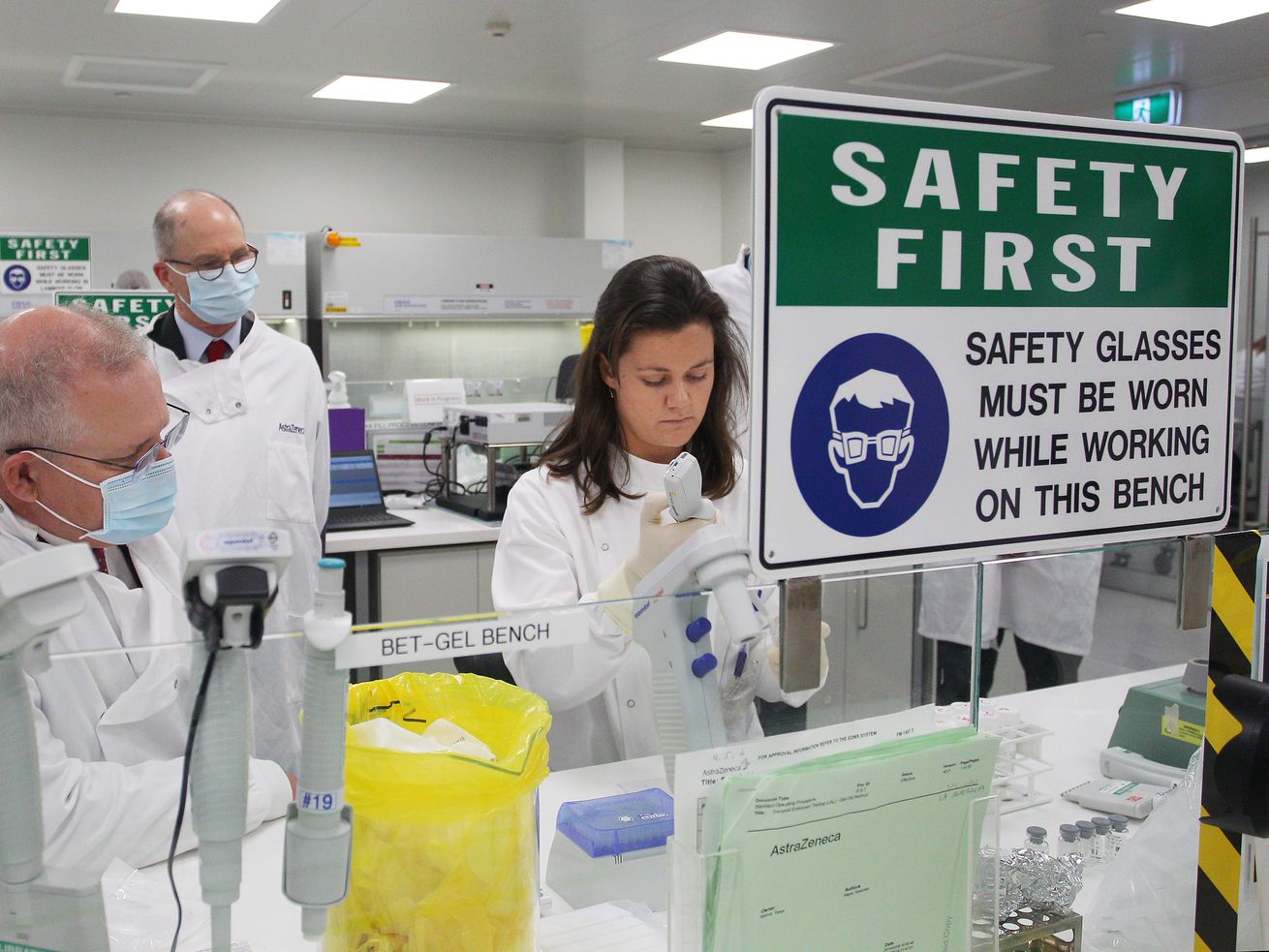 The Covid-19 vaccine trials being conducted by AstraZeneca and Oxford University have been put on hold after the patient experienced an adverse event. | Lisa Maree Williams/Getty Images

If we want to trust the Covid-19 vaccine, we must be willing to tolerate some bad news.

One of the most promising Covid-19 vaccine candidates, being developed by AstraZeneca and Oxford University, had its Phase 3 trials put on hold after a patient experienced a serious adverse event. That certainly sounds like bad news for everybody eager to have a vaccine as soon as possible.

But hidden in this development is a kernel of good news, if you can call it that: This is exactly the kind of scientific rigor we want biopharma companies to practice — especially amid fears that the US approval of a Covid-19 vaccine could be compromised by politics.

The Oxford vaccine has been one of the most intriguing vaccines in development. As Bloomberg covered in its profile of the lead scientist, Oxford’s Sarah Gilbert, it is distinct from the other leading candidates because it does not need to be stored at nearly as cold a temperature. Others must be frozen to be transported; Oxford’s need only be chilled. That could be a serious advantage, considering the existing concerns about how easy it will be to widely distribute any Covid-19 vaccine.

AstraZeneca/Oxford Phase 3 trials got underway in the US in August, having already started in the United Kingdom, Brazil and South Africa. The company planned to enroll 30,000 Americans in its US trials. Phase 3 trials are the make-or-break moment for any new therapy, large-scale trials to determine whether a drug or vaccine has a meaningful effect and to monitor for any adverse effects in a much larger patient population than the earlier, smaller Phase 1 and Phase 2 trials.

STAT broke the news Tuesday evening that Oxford’s Phase 3 trial had been paused because of one patient’s medical complication. A follow-up story from STAT on Thursday conveyed the details of the patient’s case:

The participant who triggered a global shutdown of AstraZeneca’s Phase 3 Covid-19 vaccine trials was a woman in the United Kingdom who experienced neurological symptoms consistent with a rare but serious spinal inflammatory disorder called transverse myelitis, the drug maker’s chief executive, Pascal Soriot, said during a private conference call with investors on Wednesday morning.

The woman’s diagnosis has not been confirmed yet, but she is improving and will likely be discharged from the hospital as early as Wednesday, Soriot said.

The board tasked with overseeing the data and safety components of the AstraZeneca clinical trials confirmed that the participant was injected with the company’s Covid-19 vaccine and not a placebo, Soriot said on the conference call, which was set up by the investment bank J.P. Morgan.

STAT also learned that an earlier stoppage in July resulting from another patient’s adverse event had turned out to be unrelated to the vaccine: the person was diagnosed with multiple sclerosis. It is a helpful reminder that a patient developing a medical condition while participating in a clinical trial doesn’t necessarily mean their diagnosis has any relation to the vaccine being investigated.

However, as Derek Lowe, who covers drug development for Science magazine, explained, there is some reason to worry about what this particular adverse event means for the viability of the Oxford vaccine.

The vaccine uses a live virus, adapted from a virus found in primates, to produce an immune response to Covid-19. The neurological complication experienced by the patient, transverse myelitis, has been associated in the past with an autoimmune response following viral infections. That link has not been conclusively proven, but it is part of the existing body of research.

“I think this is indeed an event to be taken seriously,” Lowe wrote, “and I think pausing the trial to take stock of what’s going on is entirely appropriate.”

That was the consensus of scientists and medical journalists after the Oxford news broke.

With the world desperate for a Covid-19 vaccine, nobody wants to see a clinical trial for a promising candidate slowed down. But such stoppages are not unusual — NIH Director Francis Collins told Congress on Wednesday that it was “not at all unprecedented” — and they represent sound scientific method.

“This type of pause normally happens when there is an unexpected severe adverse event,” Angela Rasmussen, a Columbia University virologist, wrote on Twitter about the news. “It may be unrelated to the vaccine, but the important part is that this is why we do trials before rolling out a vaccine to the general public.”

And that is really the point. We want a rigorous process to produce a viable vaccine because, as Vox’s Brian Resnick explained, many people are skeptical about whether the approval of a Covid-19 vaccine will be based on good science, given President Trump’s very public agitation for a vaccine to be approved as soon as possible. If too few people take a vaccine because of doubts about the process that produced it, then the pandemic isn’t going to end just because the FDA puts its stamp of approval on a vaccine.

Drug makers seem cognizant of that risk; Vox’s Umair Irfan covered the hopeful signs that companies won’t bow to political pressure by speeding up their clinical review. This stoppage is more evidence that they will actually live up to those principles.

As AstraZeneca CEO Pascal Soriot told investors, according to STAT: “A vaccine that nobody wants to take is not very useful.”

Everybody wants a vaccine as soon as possible. But science cannot be rushed. So strange as it may seem, the abundance of caution shown by AstraZeneca and Oxford after this adverse event is the kind of response we need to build and preserve public trust in a Covid-19 vaccine.

This story appears in VoxCare, a newsletter from Vox on the latest twists and turns in America’s health care debate. Sign up to get VoxCare in your inbox along with more health care stats and news.

Anti-Maskers Made to Dig Graves for Coronavirus Victims in Indonesia

At least eight people in Gresik, East Java who refused to wear face masks have

Want the best of VICE News straight to your inbox? Sign up here. More than

Parents who continue in-person work through the pandemic have a bleak choice: risk exposing your family to the coronavirus, or face financial devastation.

Fact of the Day: China Has Conquered COVID-19