German Lopez How bad is your state’s Covid-19 outbreak? 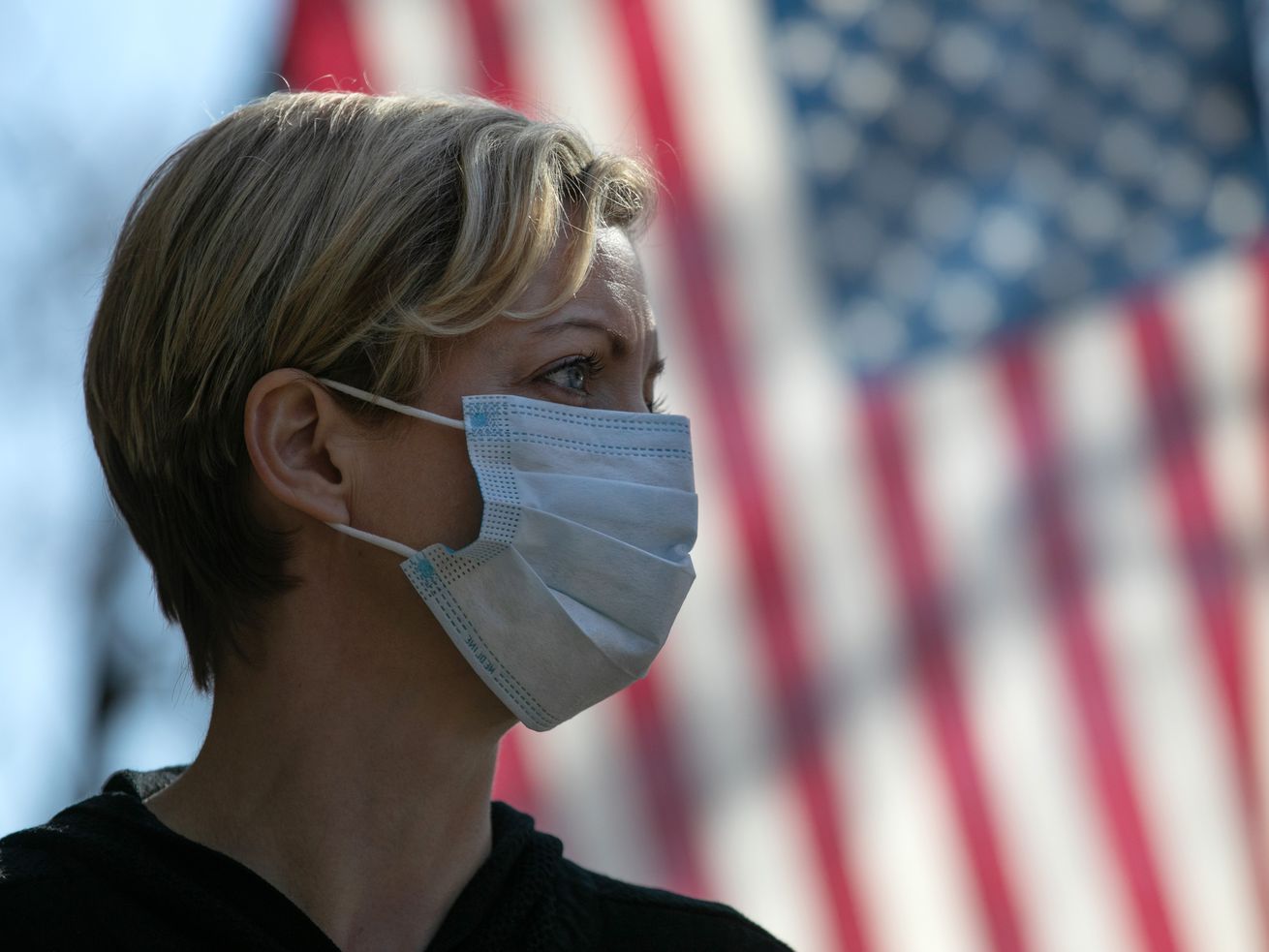 These maps show how your state is doing.

America’s national Covid-19 epidemic continues, with the US’s daily new cases still higher than most developed nations and the country recently surpassing 220,000 deaths due to the disease.

At the state level, things can look even worse than the national picture.

Public health experts look at a few markers to determine how bad things are in each state: the number of daily new cases; the infection rate, which can show how likely the virus is to spread; and the percentage of tests that come back positive, which should be low in a state with sufficient testing.

A Vox analysis indicates the vast majority of states report alarming trends across all three benchmarks for coronavirus outbreaks. Most states still report a high — sometimes very high — number of daily new Covid-19 cases. Most still have high infection rates. And most have test positive rates that are too high, indicating they don’t have enough tests to track and contain the scope of their outbreaks.

Across these benchmarks, just one state — Maine — fares well on all three metrics, suggesting that it has its outbreak relatively under control for now.

America’s outbreaks, reaching from California to Florida, are the result of the public and the country’s leaders never taking the virus seriously enough and, to the extent they did, letting their guard down prematurely. States, with the support of President Donald Trump, moved to reopen — often before they saw sizable drops in daily new Covid-19 cases, and at times so quickly they didn’t have time to see if each phase of their reopening was leading to too many more cases.

The public embraced the reopenings, going out and often not adhering to recommended precautions like physical distancing and wearing a mask.

Even as cases began to fall later in the summer, America’s overall caseload remained very high. And yet many states moved to reopen once again, with much of the public embracing the looser restrictions and subsequently going out.

It’s this mix of government withdrawal and public complacency that experts have cited in explaining why states continue to struggle with getting the coronavirus under control.

“It’s a situation that didn’t have to be,” Jaime Slaughter-Acey, an epidemiologist at the University of Minnesota, told me. “For almost three months, you had opportunities to be proactive with respect to mitigating the Covid-19 pandemic and to help normalize culture to adopt practices that would stem the tide of transmissions as well as the development of Covid-19 complications. … It was not prioritized over the economy.”

The effects are felt not just in terms of more infections, critical illnesses, new chronic conditions, and deaths, but in the long-term financial impact as the economy struggles, many people still refuse to go out, and businesses resist reopening during a pandemic.

“Dead people don’t shop. They don’t spend money. They don’t invest in things,” Jade Pagkas-Bather, an infectious diseases expert and doctor at the University of Chicago, told me. “When you fail to invest in the health of your population, then there are longitudinal downstream effects.”

The benchmarks tracked here by Vox don’t cover every important facet of the pandemic. Hospital capacity was previously included among Vox’s metrics, but it’s been removed due to inconsistent data reporting. The data for contact tracing, when “disease detectives” track down people who may have been infected and push them to quarantine, is also poor. Some measures that are helpful for gauging if a state can safely start to reopen, like the total test count and whether cases have fallen in the previous two weeks, are excluded to focus more on the status of each state’s current Covid-19 outbreak.

Together, these three benchmarks help give an idea of how each state is doing in its fight against Covid-19. Nationwide, it’s pretty grim.

1) Most states have too many daily new Covid-19 infections

What’s the goal? Fewer than four daily new coronavirus cases per 100,000 people per day, based on data from the New York Times and the Census Bureau.

Why is this important? The most straightforward way to measure whether any place is experiencing a big coronavirus outbreak is to look at the number of daily new Covid-19 cases.

There’s no widely accepted metric for how many cases, exactly, is too many. But experts told me that aiming for below four daily new cases per 100,000 is generally a good idea — a level low enough that a state can say it’s starting to get significant control over the virus.

A big caveat to this metric: It’s only as good as a state’s testing. Cases can only get picked up if states are actually testing people for the virus. So if a state doesn’t have enough tests, it’s probably going to miss a lot of cases, and the reported cases won’t tell the full story. That’s why it’s important not to use this benchmark by itself, but to use it alongside metrics like the test positive rate.

Along those lines, the number of daily new cases may give a delayed snapshot of a Covid-19 outbreak. If test results take a week to get reported to the state, then the count for daily new cases will really reflect the state of the outbreak for the previous week.

If testing is adequate in a state, though, the toll of daily new cases gives perhaps the best snapshot of how big a state’s Covid-19 outbreak is.

2) The coronavirus is spreading too quickly in most states

What’s the goal? An effective reproduction number, or Rt, below 1, based on data from Rt.live, a site created by two Instagram founders and a data analyst.

It’s an attempt, then, to gauge how quickly a virus is spreading. One way to think about it: Unlike the count for daily new cases, this gives you a snapshot not of a state’s Covid-19 outbreak today, but of where the outbreak is heading in the near future.

The goal is to get the Rt below 1. If each infection doesn’t lead to another, that would over time lead to zero new Covid-19 cases.

The estimated Rt can be very imprecise, with margins of error that make it hard to know for certain in any state if it’s really above or below 1. Different modelers can also come up with different estimates. That’s, unfortunately, just the reality of using limited data to come up with a rough estimate of a disease’s overall spread.

The Rt also reflects an average. If 10 people are infected with Covid-19, nine spread it to no one else, and one spreads it to 10, that adds up to an Rt of 1. But it masks the fact that individuals, for whatever reason, can still cause superspreading events — which seem of particular concern with the coronavirus.

Still, the Rt is one of the better measures we have for tracking a pathogen’s spread across the whole population. When paired with the other metrics on this list, it can give us a sense of each state’s outbreak now and in the future.

3) Most states’ positive rates for tests are too high

What’s the goal? Below 5 percent of coronavirus tests coming back positive over the past week, based on data from the Covid Tracking Project.

Why is this important? To properly track and contain coronavirus outbreaks, states need to have enough testing. There are all sorts of proposals for how much testing is needed in the US, up to the tens of millions.

But one way to see if a state is testing enough to match its outbreak is the rate of tests that come back positive. An area with adequate testing should be testing lots and lots of people, many of whom don’t have the disease or don’t show severe symptoms. High positive rates indicate that only people with obvious symptoms are getting tested, so there’s not quite enough testing to match the scope of an outbreak.

The goal for the positive rate is, in an ideal world, zero percent, since that would suggest that Covid-19 is vanquished entirely. More realistically, in a world going through a pandemic, the positive rate should be below 5 percent. But even if a state reaches 5 percent, experts argue it should continue trying to push that number further down — to match nations like Germany, New Zealand, and South Korea that have gotten their positive rates below 3 percent and even 1 percent — in order to truly get ahold of their outbreaks.

As long as a state is above 5 percent, chances are it’s still missing a significant number of Covid-19 cases. And the higher that number is, the more cases that are very likely getting missed.

So even if your state is reporting a low number of daily new cases, a high positive rate should be a cause for alarm — a sign that there’s an outbreak that’s only hidden due to a lack of testing. And if your state is reporting a high number of daily new cases and a high positive rate, that’s all the more reason for concern, suggesting the epidemic is even worse than the total case count indicates.

This article is updated weekly, typically on Wednesdays, with the most up-to-date data.

Help keep Vox free for all

Millions turn to Vox each month to understand what’s happening in the news, from the coronavirus crisis to a racial reckoning to what is, quite possibly, the most consequential presidential election of our lifetimes. Our mission has never been more vital than it is in this moment: to empower you through understanding. But our distinctive brand of explanatory journalism takes resources. Even when the economy and the news advertising market recovers, your support will be a critical part of sustaining our resource-intensive work. If you have already contributed, thank you. If you haven’t, please consider helping everyone make sense of an increasingly chaotic world: Contribute today from as little as $3.

‘You don’t expect to be so vilified’: The strange turn the pandemic took for public health workers

Remember in the spring, the pot-banging? People would come out on their porches in the

Here’s the coronavirus death toll through November 28. The raw data from Johns Hopkins is